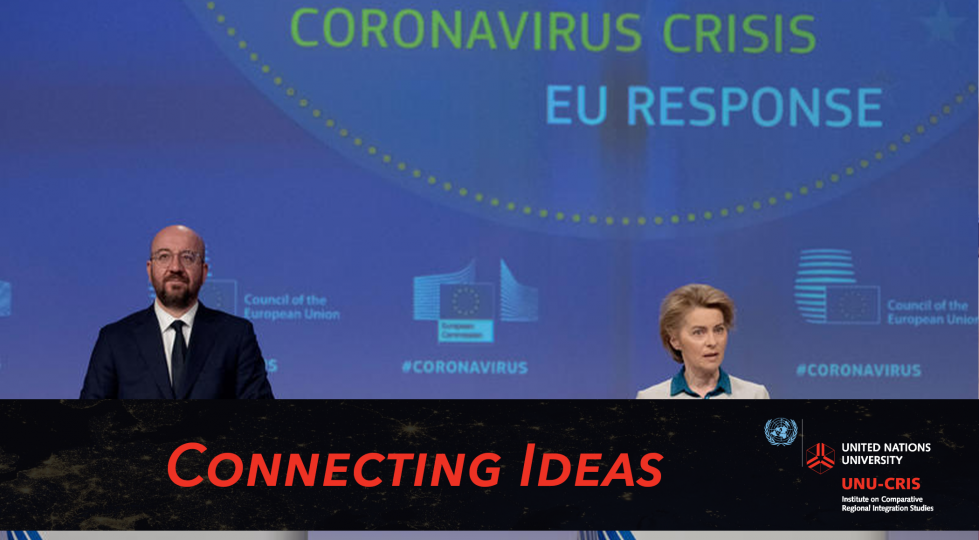 When introducing the “Team Europe” package in April to support partner countries around the world with more than €20 billion euros, Olivér Várhelyi, European Commissioner for Neighbourhood and Enlargement, declared that “this global effort starts with our immediate neighbours with whom we share the continent”. It is hard to disagree with the Commissioner as a stable, secure and prosperous neighbourhood continues to be one of the keys to Europe’s global ambitions. In the words of Josep Borrell, the EU’s High Representative for Foreign and Security Policy, “we cannot have ambitions to be global players if we cannot sort out problems at our own borders”.

The pandemic has only helped to accentuate some of the links and interdependence between the EU’s member states and its neighbours that might not have been so obvious to the general public before. In April, thousands of Polish businesses were suddenly exposed to labour shortages after Ukrainian workers rushed home amid the soaring pandemic. At the same time, calls of the Ukrainian President, Volodymyr Zelensky, to create millions of work places for returnees never materialised. The country, which has seen the highest number of COVID-19 cases in the EU’s Eastern neighbourhood recorded a 48% rise of unemployment in May, as 156,000 new people were listed unemployed, while the total number of new vacancies decreased by 60%.

The EU’s neighbours and partners in the East (Armenia, Azerbaijan, Belarus, Georgia, Moldova, Ukraine) and the South (Algeria, Egypt, Israel, Jordan, Lebanon, Libya, Morocco, Palestine, Syria and Tunisia) are especially vulnerable to the pandemic because of already existing economic difficulties, underdeveloped health systems and safety nets and general distrust of political elites caused by decades of corruption and bad governance. According to the IMF, all the economies in the two regions will contract in 2020 leaving already vulnerable populations even more exposed.

Particularly worrisome is the state of the healthcare sector in the two regions. In the East, Ukraine and Armenia have reported “shortages of key resources needed to test and treat Covid-19 patients (laboratory testing reagents, ventilators, intensive care unit equipment, and personal protective equipment)”. Furthermore, in all Eastern countries (except for Belarus) the healthcare is financed by private out-of-pocket payments, which will be impacted by the rising unemployment and loss of business income, limiting the access to the services for some people. In the South, Syria, Libya and Palestine are still grappling with the consequences of devastating conflicts which left all of public services in ruin. In Egypt and Morocco, there is a shortage of medical personnel, which had fled the countries even before the current crisis because of low salaries and poor working conditions.

Fortunately, so far, the EU’s neighbours have managed to weather the pandemic without experiencing scenes similar to those in Italy this spring, in part due to the timely introduction of quarantines. However, this virus has shown that the situation can deteriorate very quickly.

The EU has pledged to mobilise emergency support of over €2.2 billion for the Southern Neighbourhood and up to €966 million for the East to support the social and economic recovery of the regions in the short and medium term. These amounts are substantial. For example, in May, six Eastern partnership countries together had allocated €6.3 billion in state support packages. The EU’s financial aid, hence, amounts to slightly above 15% of this sum. Furthermore, the above figures do not include macro-financial assistance which, in the form of loans, will also be available to many of the EU’s neighbours. The COVID emergency resources are being spent on purchasing equipment (ex. Personal Protective Equipment and diagnostic kits), building capacities of hospitals, support to SMEs, including the self-employed, to help them access credit more easily and boost their businesses after the crisis. Particular attention will be paid to helping vulnerable groups in society such as refugees and migrants, elderly and people with disabilities.

Whether this will be enough to help the EU’s neighbours address the consequences of COVID-19 will depend on the development of the virus in the next months. Most certainly, the EU will be observing the situation in each country very closely and provide additional targeted support if the need arises.

Finally, and importantly, the EU should be ready to denounce attempts of any leaders in the neighbouring countries to suppress democratic freedoms under the guise of saving lives. The best partners for the Union in this task are the civil society organisations which continue to be imperative in holding governments and leaders accountable. The EU should already be preparing to redirect part of the financial assistance to local organisations. If this is not done, there is a real risk that some of the hard-fought achievements in democracy and good governance in the neighbourhood will also fall victim to the pandemic.