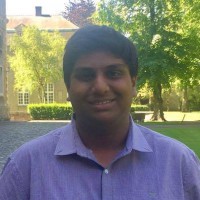 Abhiram Reddy was an undergraduate student at the University of Southern California where he pursued a Bachelors of Arts in International Relations with a Minor in Economics. At the time of his internship, he was studying European security and foreign policy at the Institute for European Studies at Vrije Universiteit Brussel. He worked on projects regarding rural development in Southern India as the former Event Director of the Vriddhi Foundation. In the past he has interned at Apollo Hospitals in Hyderabad, India and the Alliance for Children’s Rights in Los Angeles, California.

Abhiram has also participated and won awards at numerous academic and Model United Nations conferences in the United States, India, the U.A.E, and South Africa as a delegate and chair. Additionally, he has held positions as the Secretary-General of Oakridge Model United Nations 2015 and the Director-General of Southern California Model United Nations 2018 and has served on the staff for multiple other conferences. At UNU-CRIS he assisted with the redesign of the Regional Integration Knowledge System (RIKS) platform under the supervision of Dr. Glenn Rayp until the beginning of July 2017.