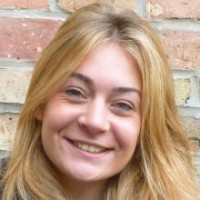 Alessandra Ricci holds an Master’s Degree in European and International Politics with a thesis focussing on Military Institutions and Security Systems, and a Bachelor’s Degree in International Relations with a thesis focussing on Cyberterrorism, both from the Catholic University of the Sacred Heart based in Milan, Italy. She also attended a Master’s Summer School on Global Citizenship and Peace at the Hiroshima University of Economics, Japan. During this experience she enhanced her knowledge in several areas including: nuclear disarmament, deterrence, humanitarian intervention, power and global governance, international political social movements and sexual and reproductive rights in comparative perspectives.

Alessandra also served as an intern during the Model United Nations (MUN) that took place in Rome in 2013, representing Bangladesh within the United Nations Human Rights Council (UNHRC). In addition to this, she worked as a project assistant intern in the Italian think-tank “Centro di Ricerca Scientifico A. Volta – Landau Network”, based in Como. Her research interests include inter alia international relations, geopolitics, track-2 diplomacy, regional leadership, foresight, non-proliferation of weapons of mass destruction, bio-safety/bio-security policy-making and international human rights protection. At UNU-CRIS, she worked on current research activities of the Institute under the supervision of Luk Van Langenhove. She also worked on the GR:EEN project under the supervision of Ms. Marieke Zwartjes for a period of 3 months. 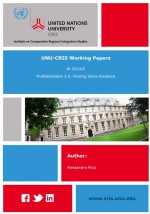