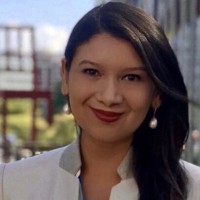 Ana B. Amaya has been an Associate Research Fellow at UNU-CRIS since 2017. She is an Associate Professor at Pace University and teaches Global Health Policy at the London School of Hygiene and Tropical Medicine (LSHTM), University of London. In addition, she is currently Executive Board Member of Health Systems Global and Editorial Board Member of the Public Health Challenges journal. Her expertise is in the area of global health policy, multi-level governance for health, heath diplomacy, and comparative regionalism, primarily concerning low and middle-income settings.

She was previously a Visiting Scholar at UNU-CRIS from April-June, 2021 and Senior Research Fellow from 2014-2016. As Senior Research Fellow, she worked on the European Leadership in Cultural, Science and Innovation Diplomacy (EL-CSID) project, leading the UNU-CRIS work package that focused on exploring the effectiveness of the EU’s promotion of regional and inter-regional processes in the South through Science, Cultural and Economic Diplomacy. Before the EL-CSID project, Ana was involved in the Poverty Reduction and Regional Integration (PRARI) project at UNU-CRIS. This project sought to analyse the contributions of the Southern African Development Community (SADC) and the Union of South American Nations (UNASUR) to the development of effective health policies.

Ana previously worked for several other international organisations and universities, among these the Overseas Development Institute (ODI); UNU World Institute for Development Economics Research (UNU-WIDER); Pan American Health Organization (PAHO); the LSHTM; and the University of South Florida. She has also conducted research for the HIV/AIDS Department at the World Health Organization, Committee for Development Policy (CDP-DESA) at the United Nations Headquarters and has consulted for the Global Fund to Fight AIDS, Tuberculosis and Malaria. 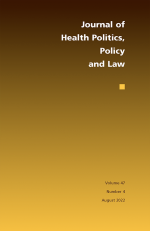 Regional International Organizations and Health: A Framework for Analysis 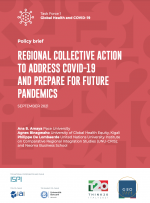 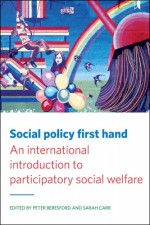