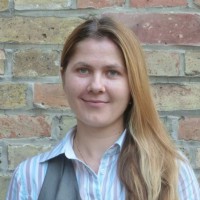 Anastasia graduated in Italian studies from the Belarusian State University in 2008 where she worked as a lecturer until September 2013. She completed her Master’s Degree in European Studies and Political Sciences at the European Humanities University in Vilnius, Lithuania, in 2010 being awarded a Special Jerzy Buzek research prize for the project “Belarus – EU: Regionalisation or Europeanisation?”.

During her time at UNU-CRIS, Anastasia was a second-year PhD student at the University of Bologna, Italy, where she was enrolled in the programme “Politics. Institutions. History” at the Department of Social and Political Sciences.  Anastasia’s PhD research project dealt with the human development dimension of regional integration units as a source of supranational legitimacy – in comparative aspect between the EU and ongoing Eurasian integration.

At UNU-CRIS Anastasia was supervised by Director Van Langenhove. During a 7-months research visitorship at UNU-CRIS, Anastasia conducted a part of her PhD research project, dedicated to the EU’s policies and initiatives in human development dimension. Besides, she was involved in the project “The EU’s Engagement with Global Policy Networks: a Pathway to Leadership?” and contributed to the “Regional Leadership in the Mediterranean after the Arab Spring” project.