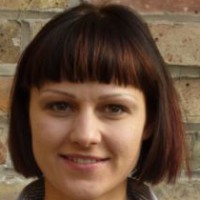 Her research interests include the relationships between the European Union with the countries in Eastern Europe, via the EU Regional Policies and Partnership and Co-operation Agreement.

At UNU-CRIS, Anastasia Kovalchuk worked under the supervision of Professor Philippe de Lombaerde until June 2013. She was involved in the development of the RIKS-platform and other ongoing projects at the Institute.