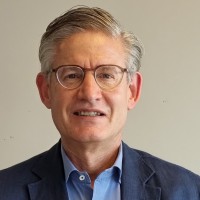 He is the current Head of the Office (Chief of Staff) of the Secretary-General of the Organisation of African, Caribbean and Pacific States (OACPS) after his appointment in March 2020. During the period 2012-2018, Andrew headed the Office of the International Institute for Democracy and Electoral Assistance (International IDEA) to the EU in Brussels.  He was previously the Assistant Secretary-General for Political Affairs and Human Development of the African, Caribbean and Pacific (ACP) Group of States (2005-2010). Prior to that, Andrew served as a diplomat in South African Embassies and Missions in Canada, Switzerland and Belgium. In this capacity, he contributed to the negotiations for South Africa’s accession to the ACP Group and the Lomé Convention (now Cotonou Agreement) and was a member of the South African Negotiating Team for the South Africa-EU Trade, Development and Cooperation Agreement (TDCA). In his service to the ACP Group, Andrew participated in the first phase (all ACP) of negotiations for ACP-EU Economic Partnership Agreements (EPAs), contributed to the successful 2005 revision of the Cotonou Agreement, and was the ACP Group’s coordinator for the 2010 revision of the Agreement.

He authored and contributed to numerous articles and publications on democracy and governance, political dialogue, regional organizations, sustainable development, the ACP Group and European Union. Andrew Bradley’s recent and current areas of interest include the EU’s role on the global scene and its relationship with third countries/parties, democracy and governance in the European Union, sustainable development, and the post-2020 ACP-EU dispensation.