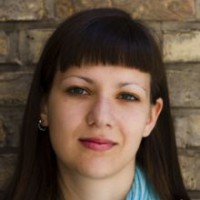 Angela Testa graduated at the University of Bologna in Communication science, focussing her studies on semiotics analysis of practices and on socio-semiotics in general. She finished her Master’s degree at the University of Bologna in International and Diplomatic Science where she combined her knowledge in communication with international relations subjects.

She wrote her Master Thesis about the Oslo Accords, by using semiotics instruments of analysis. It concerns a semiotics research about all the negotiation processes, whose aim is to understand why, at first, the Oslo Accords seemed to be able to create a future solution, but soon they revealed their weakness and could not solve the conflict between Israel and Palestine.

Her research interests include Middle Eastern peace and security, especially for what it concerns the situation between Israel and Palestine. At UNU-CRIS she continued her analysis on the Oslo Accords under the supervision of Professor Ademola Abass until the end of August 2011.