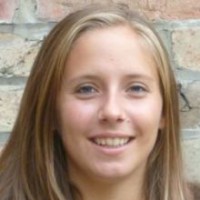 Anna Sophie Selzer was a research intern at UNU-CRIS in up to February 2015. she conducted research on the “Cooperation between the UN and Regional as well as Intergovernmental Organisations in the area of Conflict Prevention and Peacebuilding” and “Integration, Devolution and Regional Leadership” under the supervision of Dr. Luk Van Langenhove, Director of the Institute.

Anna Sophie Selzer holds a Master’s Degree in European Union Studies- specialisation in politics, from the Institute for European Studies (IEE) and a Bachelor’s Degree in Political Science from the Université Libre de Bruxelles (ULB). She went on a study trip to war-torn Central African Republic ahead of the deployment of the EU Mission there in 2014. Previously, she completed an internship at the Representation of the State of Rhineland-Palatinate to the European Union.