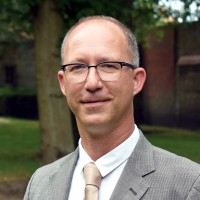 Anthony Antoine is Executive Director of the Brussels School of Governance (VUB) and is coordinator of the UNU-CRIS Campus in Brussels. At UNU-CRIS, prior to this function, he held positions of Director a.i. (2016-2017), Deputy Director (2017-2018) and Senior Advisor to the Director.

At the outset of his career, he worked on projects creating educational modules over the Internet with the Stockholm-based SIPRI and ETH Zürich. He also helped create similar modules on regional integration for UNU-CRIS when the institute just started. He remains interested in distance learning processes and in new or blended ways of teaching.

Within the Euro-Atlantic Foundation, an NGO created under the auspices of the NATO Parliamentary Assembly, he was Project Director and consultant for internet communication for parliaments in Central and Eastern Europe (1997-2002). After having worked for NATO's Office for Information and Press (1995-1997) he became CEO of the companies Allied Consultants and Dune Enterprises (1997-2002), where he dealt with electronic (crisis)communication at NATO, the Western European Union (WEU), the High Representative for Bosnia and Herzegovina, the Stability Pact, various international Parliamentary assemblies and the Belgian Federal Government. In 2002, he started the Institute for European Studies at VUB, which recently teamed up with Vesalius College to form the Brussels School of Governance.

Anthony is member of the VUB University Council (Universiteitsraad) and its Council for International Relations and held various positions in consultative organs of VUB, ULB and Erasmus Hogeschool. 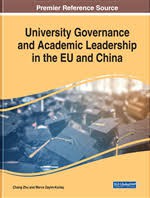