AU-EU Summit: What Stands in the Way of a Deeper Relationship 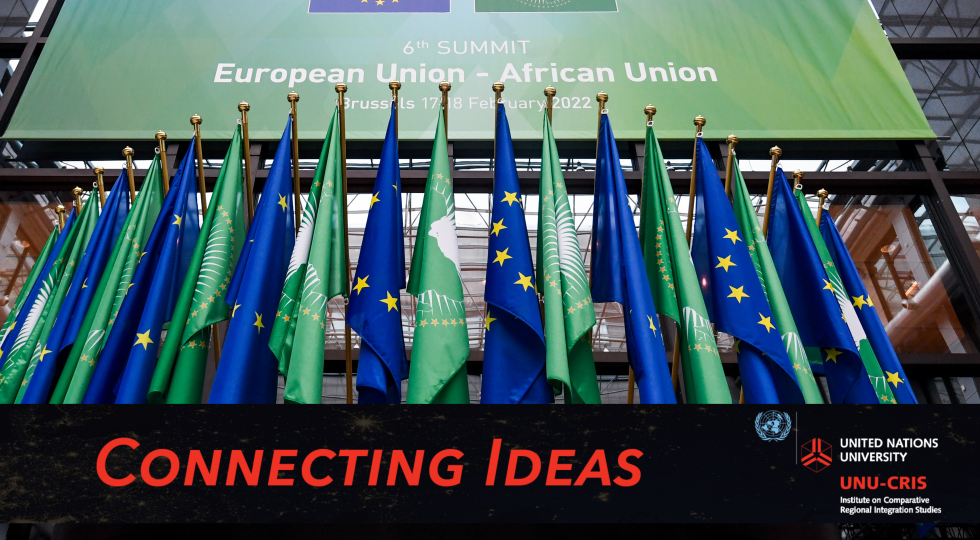 This blog was originally published by The Conversation.

The triennial high-level summits between the European Union (EU) and the African Union (AU) are often criticised as being photo opportunities without substance. Nevertheless, even photo opportunities are important. They show that European leaders are willing to receive their African counterparts on par with full honours.

Nothing underscores the continued patterns of colonial power more than the issue of money. The outcomes of all the summits between the two blocs are usually dominated by announcements about the aid and investment that should flow to the continent. This year the EU will be able to boast a staggering 150 billion euro (about US$170 billion). But this money comes with a predefined European rationale and reinforces uni-directional patterns. The inflows are not derived from the list of priorities that the AU has drawn for itself. Instead, the main objectives are set by the ambitions of the EU’s own agenda, such as diversifying its energy sources, achieving its climate goals, impeding migration and curbing the global influence of China and its Belt and Road Initiative.

As long as the AU lacks a comprehensive Europe strategy and as long as the EU does not involve African partners in European matters, declarations of a “renewed and deeper partnership” will continue to ring hollow.

Over the past 12 months several successful coups d’état took place in Africa. Chad, Burkina Faso, Mali and Guinea are now headed by unelected members of the armed forces.

This poses serious challenges to the EU. Not only does it undermine its aim to foster democracy and good governance in Africa, but the new leaders have also fuelled anti-imperial sentiments and severed ties with the European partners.

There is nothing the EU can do to prevent any of these unwelcome leaders from showing up at the summit having already set a precedent. In 2007, it failed to enforce a travel ban against Robert Mugabe, then President of Zimbabwe, who triumphantly attended the summit in Lisbon.

Yet, it would be awkward if Charles Michel, a Belgian politician serving as President of the European Council and French President Emmanuel Macron, whose country holds the Presidency of the Council of the European Union, are forced to roll out the red carpet for somebody like Assimi Goïta, the president of Mali. Goïta’s government just expelled the French ambassador and pulled the rug under the EU’s military task force Takuba.

The coups d’état are also considered unwarranted by the African Union, which has reacted with sanctions against most of the unconstitutionally installed governments.

On top of avoiding diplomatic scandals, the summit will try to avoid thorny issues, such as the future of the heavily criticised West and Central African currency CFA Franc, which is pegged to the euro and exemplifies the institutionalised continuities of colonial practices between European actors and complicit African leaders.

Similar to previous summits, both sides seek to put a good face on things and address disputes that can be addressed by throwing money at them.

One such dispute is the EU’s handling of the pandemic, which dashed any existing hopes of genuine partnership with Africa and cemented patterns of disparity. European countries have treated vaccination in Africa as a matter of unilateral and nonbinding charity rather than a common good. And the European Commission did not hesitate to rush through with dubious blanket travel bans against African countries.

The summit is the occasion to draw lessons and resolve some of these differences, for instance by announcing further investments in vaccine production on the African continent.

An important part of any summit’s declaration is thus the amount and purpose of aid and investment that should flow to the continent. The 150 billion euro that the EU and its members intend to spend on Africa over the next seven years will undoubtedly be welcomed by African countries. It will also reassure the African Union itself, which relies on the EU for the lion’s share of its operational budget.

Although African leaders might be able to flag up the EU’s financial commitments as a success when returning to their countries, this does not solve the issue of the partnership. What the AU is still lacking, is a strategy for Europe. This mismatch is not only about how the EU can contribute to the African agenda, rather than the other way round.

A real partnership entails proper reciprocity. This means that the AU needs to reflect on how it wants to promote its own values and interests in Europe. And for the EU, it means taking off paternalistic lenses and requesting Africa’s assistance to help solve the many challenges the EU is facing on its own continent.

Africa not only has much knowledge to share for the EU’s efforts to digitalise societies and coordinate responses to pandemics. The AU also has a wealth of experience in promoting peace-building and democracy.

In the wake of the rule of law crisis in several EU member states, the AU’s election observation missions would be as well placed in Hungary’s upcoming election, mirroring the EU’s mission that monitored the recent elections in Zambia.