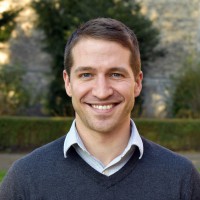 Austin holds a Master's Degree with honours, in International Relations from the Institut Barcelona d'Estudis Internacionals (IBEI) in Barcelona, Spain. His thesis, titled “The Blurring of Insiders and Outsiders: The TPP Transparency Campaign”, examined the role of civil society in the negotiations of the Trans Pacific Partnership and was awarded Best Thesis of the graduating class of 2016.  He received his Bachelor's Degree in Political Science from Johns Hopkins University (JHU) in Maryland, USA. Austin was also awarded the Congress-Bundestag Youth Exchange Scholarship by the U.S. Department of State in 2005.

In the summer of 2016, Austin interned at The United Nations University Institute on Globalization, Culture and Mobility (UNU-GCM) where he assisted Research Fellows and published a policy report on the role of cities in protecting LGBTI refugees. In addition to his academic pursuits, Austin serves on the Board of Directors for a U.S. private, charitable foundation and consults for the non-profit research team behind ParisAgreement.org.

Later on, from February (2018) until the end of April 2019, Austin Ruckstuhl worked as a PhD Fellow at UNU-CRIS on the project “The contribution of regional multistakeholder mechanisms in improving global governance (GREMLIN: Global and REgional MuLtistakeholder INstitutions)” under the supervision of Prof. Dr. Jamal Shahin (University of Amsterdam; Vrije Universiteit Brussel, Institute for European Studies) and Prof. Dr. Jan Orbie (Ghent University). The GREMLIN project aims to analyse multistakeholderism in trade and Internet governance, two areas where civil society engagement has become widespread both at the regional and global level.