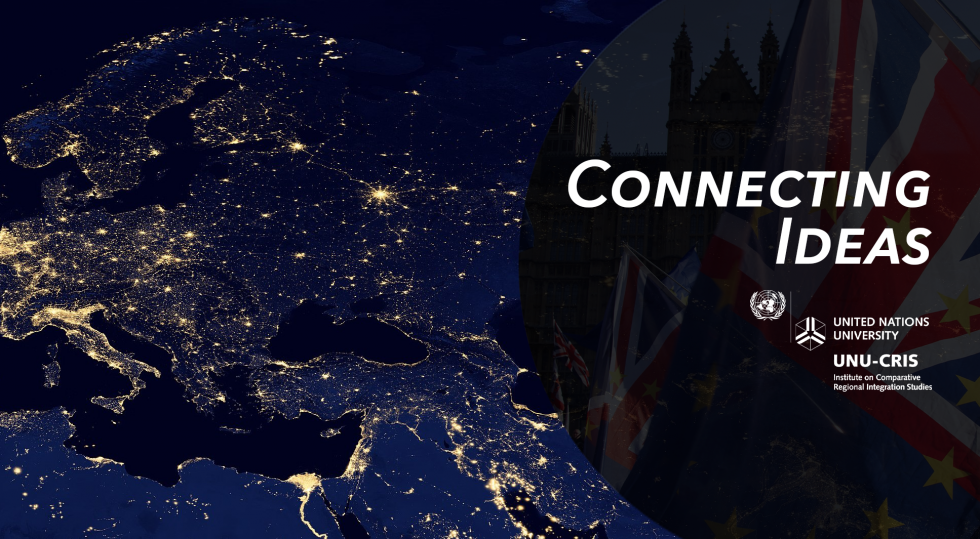 With the UK having passed the October 31 no-deal deadline still in a state of limbo it seems appropriate, or at least acceptable, to have another blogpost so soon about Brexit. The European Union has approved an extension to January 31, 2020, but first the UK will hold a General Election on December 12, 2019. Some intractable issues, like the proposed Irish backstop, or lack thereof, remain a sticking point in negotiating and approving a successful withdrawal. The Northern Ireland conundrum is indicative of the delicate task that the European Union faces: disentangling its relationship with the United Kingdom while helping to maintain a Northern Irish peace built on regional integration.

The European Union was not party to the Northern Ireland conflict, nor did it have an official role in negotiations. Instead, the EU’s most valuable contribution was its existence. The EU, which both the United Kingdom and Ireland joined in its previous iteration as the European Economic Community, provided a framework for British-Irish relations with common meetings, rules, and goals. In the Good Friday Agreement, the British and Irish Governments stated a wish to develop further “the close co-operation between their countries as friendly neighbours and as partners in the European Union”. In an effort to bind these “friendly neighbours,” the European Commission funded, and continues to fund, post-conflict projects focused on regional development and cross-border conciliation. Currently, that includes the €270m PEACE IV Programme and the €280m INTERREG V-A funds. Indeed, the EU frequently points to Northern Ireland as an example of its peacebuilding capacities.

Though the EU, the UK, and Ireland have all re-affirmed their commitment to upholding the Good Friday Agreement the specifics of their future relationships are less clear. In the current Withdrawal Agreement Bill, put forth by Prime Minister Boris Johnson’s government, the Irish backstop has been taken out. As it stands, Northern Ireland would legally be a part of the UK customs territory. However, it would still need to comply with certain EU customs regulations, effectively creating a customs border in the Irish sea. In an effort to ensure the legitimacy of this arrangement, the Northern Ireland Assembly would be able to vote on its continuation every four years.

This new plan was not met with much enthusiasm in Northern Ireland. The Democratic Unionist Party, the only Northern Irish party actively represented in the British parliament (Sinn Féin representatives follow a policy of abstentionism), fearing that the arrangement might push the island of Ireland down the path of unification, voted against both the deal and the timeline to enact it. Sinn Féin’s president Mary Lou McDonald, on the other hand, has repeatedly stated that any form of Brexit would be a disaster as it risked a return to the politics of division.

Dis-integration does not portend to violence however, in the case of Northern Ireland, recent events have demonstrated that it is a real possibility. The Chief of the Police Service of Northern Ireland has already expressed concerns about rising levels of civil disorder, and in April of this year journalist Lyra McKee was tragically killed by the New IRA while observing a riot in Derry. The New IRA has openly threatened that any physical border infrastructure would be “a legitimate target for attack and armed actions.” Given all this how should the EU best respond?

First, the EU’s funding of programs supporting reconciliation and border integration does not have to cease if and when Brexit is achieved. Though administratively it might be necessary to re-house or re-name programs, it is imperative that they can and do continue in some form. In fact, the European Economic and Social Committee has already endorsed the continuation of the PEACE programme in a redefined capacity.

Second, in the twenty years since the signing of the Good Friday Agreement, the EU has greatly expanded and formalized its capacities and stands better positioned to act as an effective third party. Its European Neighborhood Policy offers financial assistance to countries close to member states’ territories and the European External Action Service now has an entire section dedicated to conflict prevention, peace building, and mediation.

As the EU develops and expands these tools and programs, it must simulteanously reinterpret its understanding of integration. The withdrawal of the United Kingdom will precipitate a shift from a formal to an informal and less certain relationship, and the EU should embrace a flexibile approach accordingly as it negotiates this disentaglement. Rather than staunchly upholding a desire to protect its regional integration maxims, the EU must tread carefully and call upon all of its powers of mediation to ensure that, above all else, peace is maintained on the island of Ireland.

Susannah Dibble is the recipient of a Fulbright-Schuman research grant, which is administered by the Commission for Educational Exchange between the United States and Belgium and is jointly financed by the U.S. State Department and the Directorate-General for Education and Culture of the European Commission.