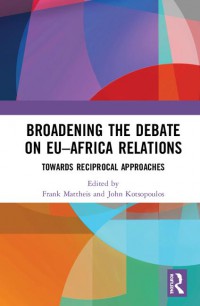 Broadening the Debate on EU–Africa Relations is designed to expand the scope of our understanding of the multi-layered relationship between the European Union and African political actors in order to shape both the academic and policy level discourse.

The focus on chapters highlighting an African perspective offers an opportunity to redress an imbalance in scholarship, and also represents an effort to reinvigorate the EU-Africa discourse. The contributors scrutinise hitherto underexplored areas, from agricultural cooperation to sanctions to scientific collaboration, as new insights linger in the less visible margins of the relationship. Jointly, they push in the same direction, to broaden the debate on how subjects are approached in a field of study that has one-sidedly focus on the intended actions of the EU. To that end, three dimensions represent the common thread of the book: how to recalibrate African and European perspectives, how to proceed on an assumption of mutual influence rather than unidirectionality, and how to highlight the intertwined nature of the different drivers of the relationship.

Recalibrating African and European perspectives by focusing on elements of reciprocity within the broad array of interregional interactions, Broadening the Debate on EU–Africa Relations will be of great interest to scholars of African Studies, African IR, and the EU. The chapters were originally published as a special issue of the South African Journal of International Affairs. 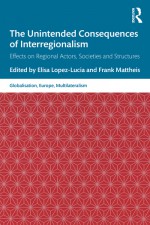 The Unintended Consequences of Interregionalism - Effects on Regional Actors, Societies and ... 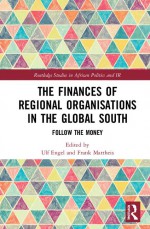 The Finances of Regional Organisations in the Global South: Follow the Money 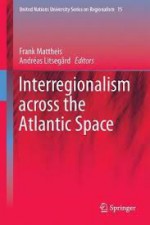 Interregionalism across the Atlantic Space