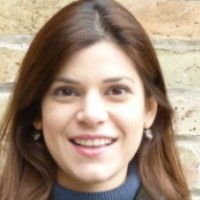 Her research interests include the relationships between the European Union with the countries in Latin America, via the EU Regional Policies and Partnership and Co-operation Agreement.

At UNU-CRIS, Carla Molina worked under the supervision of Luk Van Langenhove until June 2013. She was involved in the comparative regional integration research programme on the proliferation of statehood.