Christiane Timmerman (†) was professor of anthropology and director of the Center for Migration and Intercultural Studies (CeMIS) at the University of Antwerp.

She taught anthropology at the Université libre de Bruxelles (1997-2001) and the University of Antwerp where she was also co-chair of the course ‘Interdisciplinary Perspectives on Migration and Integration’.

As researcher, research coordinator and director at CeMIS, Chris Timmerman has contributed to putting research on migration and interculturailty in Flanders and Belgian on the map. She was promotor of many national and international research projects and supervised numerous doctoral students in the field of migration and integration. Under her direction CeMIS gained international fame by participating in and leading multiple large scale and EU-funded research projects under the 7the Framework Programme and Horizon2020. Chris Timmerman represented CeMIS on the board of directors of the IMISCOE-network, the European network on migration, integration and social cohesion. 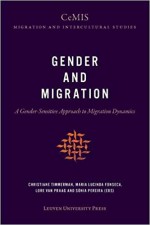