Great Lakes Freshwater, Commoning, and Democracy in a Changing Climate 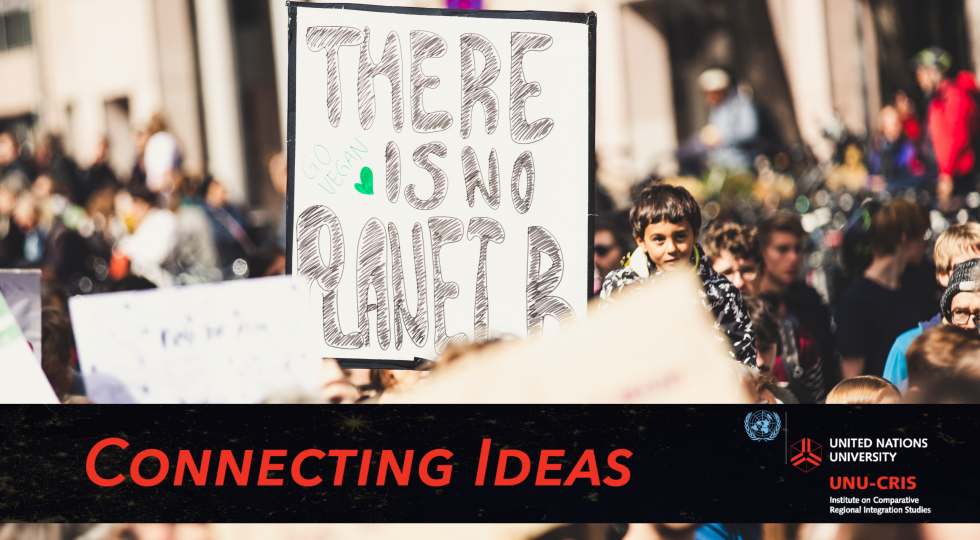 Two great entangled issues of the present are the climate crisis and the recession of democracy. Stemming from these calamities are issues of freshwater access. Obtaining clean freshwater is fundamental to community health and well-being, but such access is produced by transboundary watershed governance practices because water resources do not typically align with political boundaries.

Climate change presents new challenges for these practices. As the recently released Sixth Assessment Report of the IPCC explains, the Earth’s temperature is guaranteed to increase by at least 1.5 degrees Celsius over the next 20 years. Along with these predictions and developments is that humanity will face water scarcity as this century progresses. Water use grew twice as fast as the global human population last century, and an increasing number of regions around the world are facing, or will face, water scarcity. Four billion people face water scarcity at least one month out of the year.

To face such challenges to ensuring equitable access to clean freshwater, policymakers at multiple scales must derive arrangements for managing and sharing these resources. The challenge is that this then creates the potential for conflicting demands on water governance: (1) the development of mutually beneficial and binding/long-lasting institutions and accountability, and (2) responsiveness to the communities whose lives and livelihoods depend on those resources. These tensions are particularly evident in the Great Lakes region, where long-standing governance arrangements have allowed for shared management but there is growing demand for more democratic, community- and equity-centred approaches to water governance in the region. Policy leaders, then, must identify these democratic tensions in transboundary watershed management, with a focus on the Laurentian Great Lakes, and ask how concepts and innovative practices of democracy and commoning of water, as seen in Italy, might develop new water governance structures that increase political voice, equity, recognition, and participation.

For example, freshwater governance experts might ask the following questions: What are the democratic ethics and tensions in transboundary watershed management and governance in the Great Lakes? How does citizen participation figure in this governance framework? Further, how can domestic and international organisations and agreements, such as the International Joint Commission (IJC) and the Great Lakes Compact (GLC), better use democratic participation to support water equity and justice at the U.S.-Canada border? We can use the lens of recent work on the gendered dimension of freshwater governance around the world, as well as being critical of capitalism in the face of the commons and democratic control, from IHE Delft to dive further into such inquiry.

Answering these questions requires a lens on policy and governance that could leverage and transform existing organisations like the IJC, compacts like the GLC, and the proposed Canada Water Agency for more effective, deliberative, and encompassing democratic water governance. The Great Lakes region is a useful case for critically examining these questions related to transnational water governance because such organisations, compacts, and agencies are rooted in existing water governance frameworks and pluralistic value systems. However, governance of Great Lakes water has, at times, proven undemocratic and dominative, as evinced in water shutoffs for citizens in Detroit and Chicago unable to pay for water, as well as long-standing drinking water advisories in the Chippewas of Nawash First Nation, Mohawks of the Bay of Quinte, and the Oneida Nation of the Thames.

Politicians, policymakers, and the public alike must be alert to institutional inertia to see where they fall short in democratic––especially deliberative democratic––principles and mechanisms. Though, we can all, also, look to how freshwater governance may support democracy, too, in strengthening our collective voice and binding communities to each other as well as the non-human natural world.