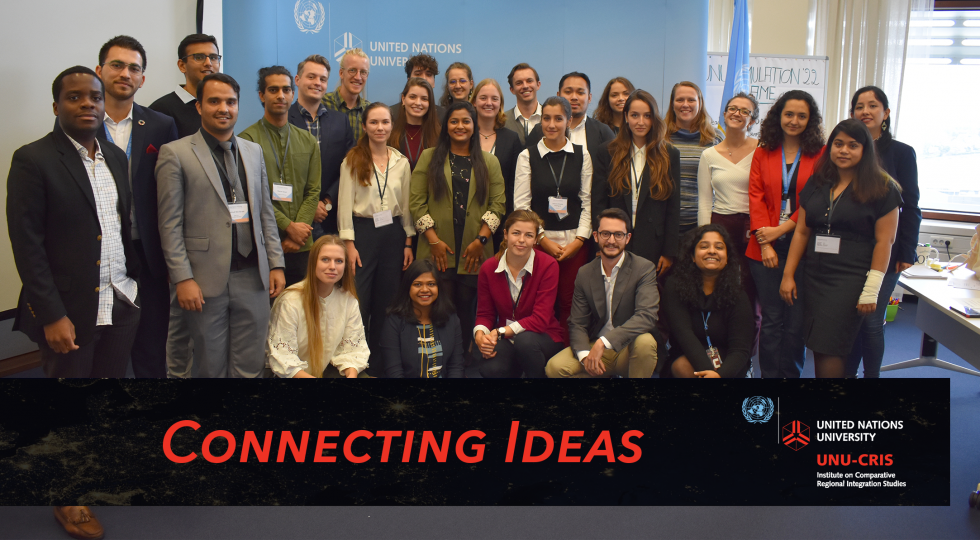 On 24-25 September, UNU-EHS, UNU-CRIS, and UNU-MERIT organised a Conference of the Parties (COP27) Simulation for the UNU Master students and interns. For the first time since Covid-19, students from Bonn, Maastricht, Bruges, and Tokyo (UNU-IAS) met at the UN Campus in Bonn, Germany. Being in Bonn, at the home of the United Nations Framework Convention on Climate Change, provided a special atmosphere in the search for climate change solutions. What follow below is recap of this two-day experience by UNU-CRIS Communications Intern Iana Ovsiannikova, who acted as COP President.

The delegates, representing 31 countries from all continents, discussed the goals of this year’s Egyptian presidency, which included mitigation, adaptation, finance and collaboration. To restore climate cooperation after the pandemic and to advance on the most controversial point of last year’s COP in Glasgow – the adaptation finance –  was not an easy task.

On Friday, the participants were welcomed by the UNU-EHS, UNU-CRIS, and UNU-MRIT coordination team – Alina Dobrea, Andrew Dunn, and Diego Salama respectively -  who guided the soon-to-be countries to develop real policy outcomes that would make use of the expertise accumulated in past COPs. The two keynote guests - Dr. Xiaomeng Shen, UNU-EHS Director and UNU Vice Rector in Europe, and Dr. Youssef Nassef, UNFCCC Adaptation Director - provided the students with valuable insights on the challenges in real climate negotiations.

On early Saturday morning, with sleepiness and the smell of cookies hanging in the air, the official part of the simulation kicked off. Based on the real provisional agenda for COP27, which is currently underway, the coordination team comprised of the General Secretary (Els Bekaert, UNU-CRIS), the Executive Secretary of the UNFCCC (Qiyamud Din Ikram, UNU-EHS) and the COP President elaborated an agenda for participants and opened the session with welcoming speeches.

Delegates were working hard and efficiently together debating the agenda in moderated and unmoderated caucus. The clear divergence between the least developed and small island countries, led by Fiji and Panama, on the one hand, and developed countries, led by the United States and Japan, was brewing from the first minutes. Nevertheless, the delegates were able to unite and draft a single decision, in which they went as far as reaffirming the US-China Joint Climate Declaration, with the latter pledging to phase down its coal consumption by 20% in its 15th 5YP in comparison with its 14th 5YP consumption. They also took a bold step forward by encouraging the developed nations to have a 30% share of their foreign investments dedicated to climate action.

“It was an essential experience for grasping the complexities, obstacles, and opportunities of climate action policy negotiations”
- Johannes Wild, UNU-EHS

The chair was very excited to moderate the debates, with the European Union delegation always staying on stand-by to help to raise a motion. The true spirit of collaboration was felt at the amendments stage of the Simulation when delegates assertively debated the issues of indigenous communities, data sharing, carbon prices, deforestation, etc. That, according to Levi Roovers (UNU-MERIT), was the most interesting part of the programme, where everyone discussed the specific issues and demonstrated their priorities, commitments, concerns, and, finally, the general conclusions.

The participants could delve into the complexities of climate negotiations where each of them could engage in something which has a practical value. As one UNU Master students highlighted, they could learn the structure and procedures of COP but also hone their diplomatic skills in their attempts to reach a consensus. It all went along with chats in the breaks and after the official part, where they shared their interests on their future paths in climate action.

“Extremely insightful into the complexities of international climate negotiations, while at the same time rewarding and enjoyable to get to know the UNU community across the world better.”
-  Josephine Wouda Kuipers, UNU, Tokyo

These two days flew by, but we agreed to keep in touch at further UNU events and to follow COP27 in Sharm El-Sheikh to see if the heads of states are as brave as we were at the Simulation to put the climate agreements into action. So far, the avalanche of reports in Egypt highlighted that humankind is far from delivering the climate change goals. But in the end, the first step in solving a problem is admitting there is a problem to be solved. 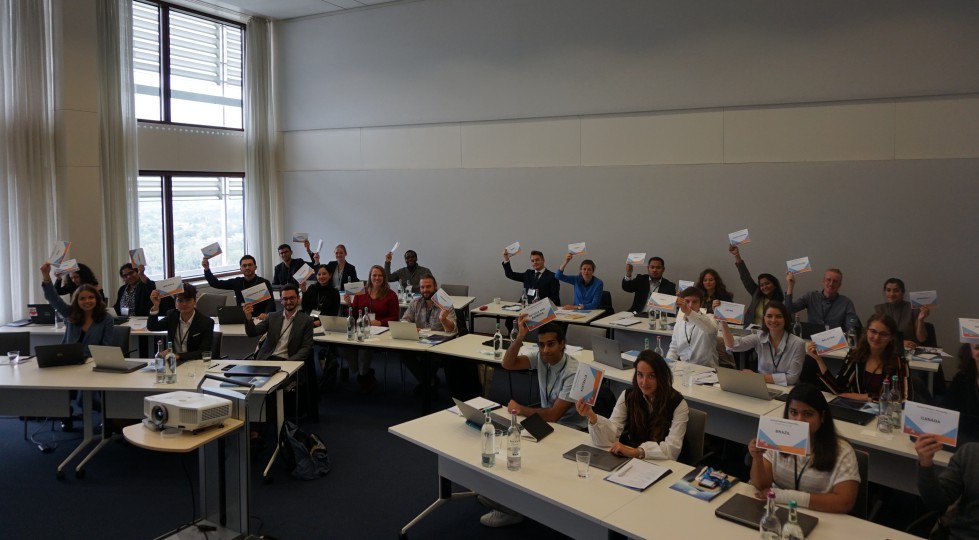