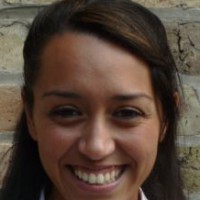 Dalila Gharbaoui is undergraduated in Political Sciences and obtained in 2010 a Master’s Degree in Human Rights from the University of Sydney in Australia, where she wrote her Master’s thesis on Environmentally-induced migration in the Pacific Region and realised a research project as Protection intern at the United Nations High Commissioner for Refugees (UNHCR) Regional Office in Canberra on “Sustainable relocation as an adaptive response to climate change in the Pacific Region.”

Dalila also holds a Certificate in Human Rights from the University of Geneva, Switzerland and a Certificate in Field Research methods in Environmentally-Induced Migration from the United Nations University Institute for Environment and Human Security Studies (UNU-EHS) and the European Cooperation in Science and Technology (COST) programme in Bonn, Germany. In 2010, Dalila worked as Refugee Caseworker intern at Amnesty International Australia and from August 2010 to February 2011 she worked on Conflict Prevention as Research Intern at International Crisis Group in Brussels Office.

Her interest for Regionalism and South-South Migration led her to work as Junior Researcher for the African, Caribbean, and Pacific (ACP) Observatory on Migration at the International Organization on Migration (IOM) from June 2011 to February 2012. Her research interests include Environment and Human Security, Regional Migration, Climate Governance, Asia-Pacific Regional integration, and Inter-regional Dialogue on Peace and security.

At UNU-CRIS Dalila assisted and collaborated with Ms. Leonie Maes on research activities of the Institute. She also worked with Ms. Marieke Zwartjes on the GR: EEN research project. Dalila worked under the supervision of Luk Van Langenhove for a period of 6 months. 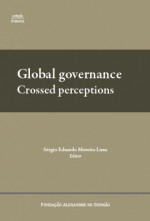 Looking at the Atlantic and the Pacific from Europe