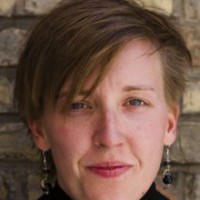 Debbie Verschueren is a graduate student Master in Translation (English-Italian) at the Artesis Hogeschool Antwerpen. During her internship, she combined her studies with a Master in Multilingual Communication at Lessius Antwerpen, for which she graduated in 2012.

During her stay at UNU-CRIS, Debbie worked on the translation of several documents (brochure, leaflet, etc.) concerning UNU-CRIS’ 10th anniversary. The documents served as information leaflets for the public and contain detailed information about what UNU-CRIS stands for. The working languages for the translation are both English as well as Dutch.

Debbie worked closely together with Pascale Vantorre, Lynn Tytgat and Liesbeth Martens regarding the different documents and their translation during the month of July 2011.