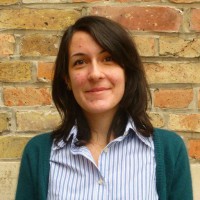 Emanuela Maria Cavaleri completed a Master’s Degree in Cooperation between the European Union and Developing Countries at the University of Strasbourg, France. She holds a Bachelor’s Degree in International Relations and Politics from the University of Catania (Italy), which she obtained with honours with a thesis on ‘Experiences of civil economy in Sub-Saharan Africa – the Economy of Communion project’.

Subsequent to her thesis work, she started a journalistic collaboration with an Italian magazine dealing with civil economy. In order to gain deeper understanding of the functioning of civil economy-oriented businesses, she worked as an intern at Bangko Kabayan, Inc., a rural bank based in the Philippines. This experience also enabled her to further her knowledge of the mechanisms of microfinance.

Emanuela also worked on a research project for the INGO Conference of the Council of Europe on the promotion of social cohesion and intercultural dialogue through education in the European area. Her research interests revolve around development, civil and social economy, economic sustainability, equity and social cohesion. At UNU-CRIS, Emanuela worked under the supervision of Dr. Philippe De Lombaerde until the summer of 2014. She contributed to a reflection on a possible regional dimension to the post-2015 UN development framework. 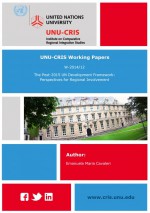