Avoiding Short Term Solutions to an Energy Crisis with Long Term Consequences: The Energy Relation Between Algeria and the EU 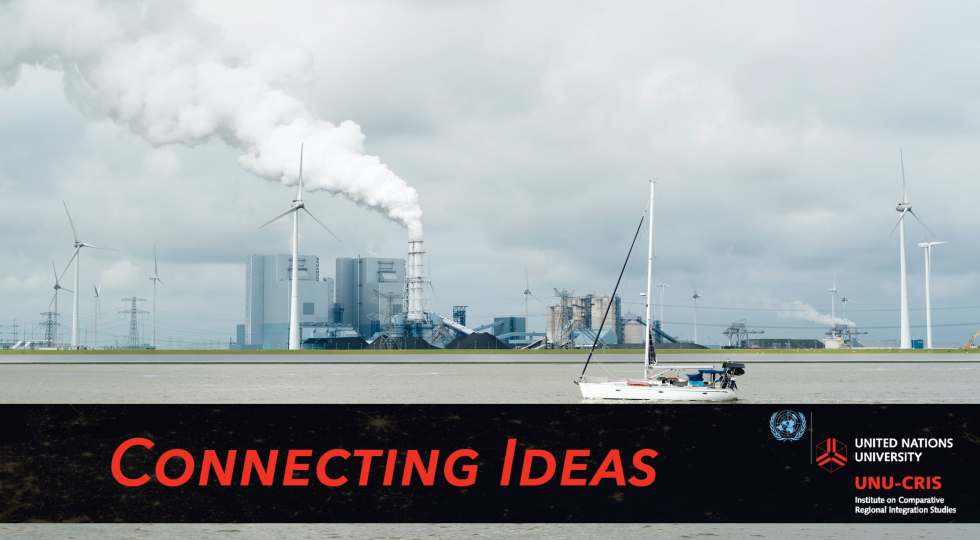 Since the invasion of Russia into Ukraine, the EU has been looking for alternatives to diminish its high reliance on Russian gas, with Algeria emerging as a top contender. However, already two years before the invasion, in January 2019 the former CEO of Sonatrach stated that “the rise in domestic consumption puts in danger the capacity of Algeria to fulfil its commitments towards their foreign clients”. This means that if Algeria commits itself to new contracts, investments will be needed. However, new explorations are not a solution for the current crisis. These investments take time, divert funding away from other renewable technologies, and could risk entrenching Algeria into their fossil fuel economy for a further fifty years.

Timelines for the production of new onshore fields could take on average 5,5 years while 17 years for production to reach peak output as these have complex permitting requirements and need an adapted and specialised workforce and infrastructure. Furthermore, Algeria has been willing to invest in shale gas reserves since 2014, being halted because of strong local opposition. With the EU looking towards its Northern African partner to raise production levels, the former Algerian Energy Minister, Abdemajid Attar, claimed that Algeria now needs to invest in shale gas to fulfil the EU’s and its internal demand. The shale gas reserves of Algeria are estimated to be the third largest worldwide. However, it would be hypocritical of the EU to invest in shale gas in Algeria since no shale gas exploration has taken place internally in the EU because of the same environmental reasons the Algerian population opposes it. Instead of investing in new (shale) gas fields, other options are available in the much shorter term avoiding a carbon lock-in for Algeria.

A short-term win-win solution for Algeria and the EU is to invest in the efficiency of Algeria’s fossil fuel industry, thus making currently wasted fossil fuel available for export, without requiring the large and misdirected investments in expanding fossil fuel infrastructure. Algeria’s flaring amounts officially to 9,3 bcm per year which is the third largest flaring rate worldwide, probably even higher as suggested by new satellite research and a report from the International Energy Agency (IEA) claiming that major leaks from oil and gas infrastructure are severely underreported. The official flaring number amounts to 10% of its gas production which roughly equals to what Algeria has committed to Italy in its MoU signed in May 2022.

Capturing this lost gas should be the first investment. Methane has more than 80 times the warming power of carbon dioxide as a greenhouse gas during its first 20 years—which are the crucial years to stop the worst effects of climate change. Halting the flaring seems to be a relative straightforward way to reduce methane emissions while having more hydrocarbons to export. This would also be aligned with the RE-power EU plan which pushes forward the Global Methane pledge.

Accompanied with this first action of halting methane flaring, the EU should equally invest in Algeria’s renewable energy and energy efficiency projects to accelerate its internal transition freeing its hydrocarbons for export. Algeria should use the surplus of its export of hydrocarbons to finance the clean investments and enlarge the energy access to the more rural areas. This acceleration in the energy transition is highly needed. A recent publication argues that “staying within a 1.5 ◦C carbon budget (50% probability) implies leaving almost 40% of ‘developed reserves’ of fossil fuels unextracted”. With a renewed emphasis on exploiting new fossil fuel reserves in Algeria in response to the Russian invasion of Ukraine, such ambitions will be – at best – long delayed. Since Algeria exports the majority of its gas to Europe (83% of total gas exports in 2019), the EU could, in theory, strongly influence Algeria to pursue its own green energy transition, if coherent politics, policy and diplomacy were accompanied by targeted investments. The EU should avoid giving mixed signals as until last year it still put forward in its Communication towards its Southern Neighbourhood (2021) the need to respect the Paris Agreement as an essential guide for all future comprehensive trade agreements and a key element to channel the funds to achieve the 1.5°C goal. Further, in the ‘Draft UfM Ministerial Declaration on Energy’ (2021) the Commission pushed its neighbouring countries to phase out fossil fuel subsidies and to prevent new extraction of fossil fuels. Reversing only recently published  goals from a so-called climate leader can only make more developing countries reluctant to invest in a clean transition. A coherent focus on the energy transition requires steadfast commitment over the short, medium, and long-term.