EU Climate and Environmental Diplomacy - From Institutional to Ecological Effectiveness? 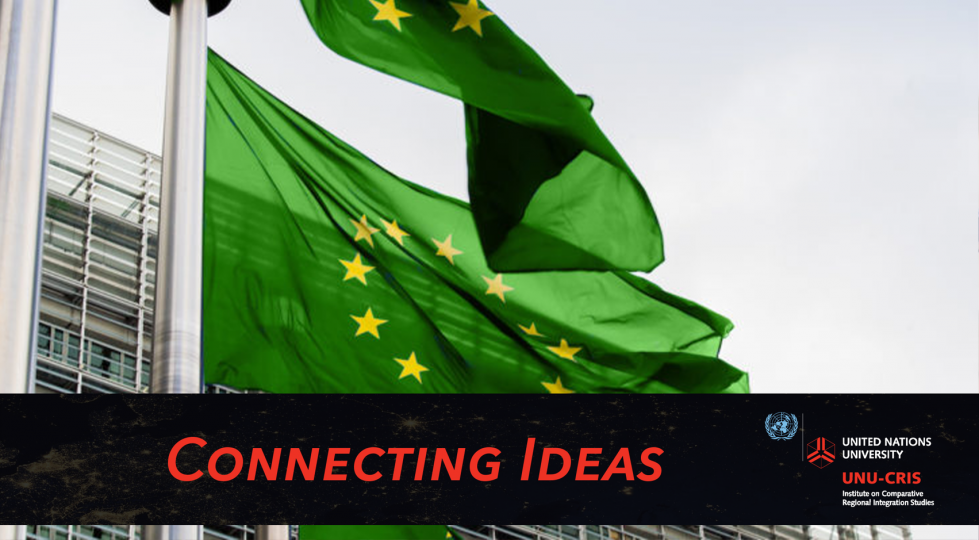 An earlier version of this contribution was published in the blog of the Planet Politics Institute.

Over the past decades, the European Union (EU) has self-branded as a ‘leader’ in global environmental politics. This leadership is also acknowledged in the academic literature. The EU is, for example, widely seen to have played a key role in global climate negotiations, with the notable exception of the 2009 Copenhagen summit. Also, in areas such as global biodiversity negotiations or its Arctic policy, the EU has (often successfully) presented itself as a green global leader. Our chapter in the new volume edited by Joana Castro Pereira and André Saramago on Non-Human Nature in World Politics asks whether this ‘institutional effectiveness’, that is, the successful contribution to global environmental negotiations regularly held under United Nations auspices, is sufficient. In other words, does it contribute to genuinely protecting non-human nature?

At the basis of the EU’s self-declared international leadership lies a series of domestic policy initiatives, laws and strategies that have in the last 30 years accumulated into one of the most comprehensive bodies of environmental legislation in the world. With her signature initiative, the European Green Deal, European Commission President Ursula von der Leyen has sought to further build on this historical trajectory by accelerating the EU’s transition towards a more sustainable society. A series of policies have already been launched in the last few months, such as the Circular Economy Action Plan, the Farm to Fork Strategy, the Biodiversity Strategy and the Climate Law, which seeks to make the EU’s objective of becoming climate-neutral by 2050 legally binding.

The latest addition to the European Green Deal initiative was the Commission Communication on the EU’s 2030 climate targets, which will also serve as a basis for the EU’s updated Nationally Determined Contribution (NDC) under the Paris Agreement. These updated 2030 targets are explicitly intended to demonstrate that the EU is “leading by example” in the global negotiations. In its plan, the Commission proposes to raise the EU’s 2030 climate target from an emission reduction of 40% to 55% compared to 1990 levels. In order to achieve this objective, the Commission plans on an increase in ambition for the renewable energy and energy efficiency targets and a major overhaul of the EU’s climate governance framework. Further proposals on how the 2030 target will be achieved will be presented by June 2021 and include the expansion of the EU Emissions Trading System and strengthened CO2 standards for road vehicles, to name but a few.

Already at this stage, however, it is possible to compare the proposed 2030 target to the EU’s ambition to “lead by example” on the global stage. While the 55% proposal has generally been recognized as a major improvement compared to the EU’s current NDC of a 40% reduction, environmental non-governmental organisations (ENGO) such as Climate Action Network Europe, the European Environmental Bureau, Greenpeace and WWF Europe have pointed out that it falls well short of what would be considered as the EU’s ‘fair contribution’ to reaching the Paris Agreement objectives. For the EU to fully aim for limiting global warming to well below 2°C, it would need to reduce its greenhouse gas emissions by 65% by 2030 compared to 1990 levels. This also means that even the European Parliament’s proposal of an emission reduction of 60% is not fully compatible with the Paris Agreement objectives, despite representing a further step in the right direction. Furthermore, various ENGOs point out that the Commission’s proposed 55% target is not a real emission reductions target, as it also takes into account the moderating effects of carbon sinks from land use, land use change and forestry (LULUCF), which the earlier 40% target did not.

Similarly, the EU Biodiversity Strategy for 2030 was widely seen as a step in the right direction, and especially the commitment to legally protect 30% of EU land and sea area was considered to be a positive sign. However, the EU’s commitment to contribute to global biodiversity finance is vague and there is still no clarity on whether 10% of the EU’s long-term budget will be earmarked for biodiversity, despite this being a demand of the European Parliament. These measures seem to stand in stark contrast to the alarming observations of the fifth Global Biodiversity Outlook released in September 2020, which observes that “[b]iodiversity is declining at an unprecedented rate, and the pressures driving this decline are intensifying” and that “none” of the UN-negotiated Aichi Biodiversity Targets “will be fully met”. This finding implies a need for a complete rethinking of global biodiversity governance, engaging in particular the EU as a self-declared environmental champion. However, that engagement can no longer be limited to words and target-setting in treaties. It must place greater emphasis on implementation.

So how then did the EU build its reputation as leader in global environmental politics? Favourable assessments of the EU’s leadership often rely on analyses of its ‘institutional effectiveness’, that is, its (regularly influential) contribution to the establishment of international legal structures governing the environment. Our chapter in Non-Human Nature in World Politics: Theory and Practice moves away from this perspective and tries to see whether words are matched by action. Put differently, we examine whether its institutional effectiveness implies that the EU also displays ‘ecological effectiveness’: does its action really contribute to protecting non-human nature (NHN)? Surprisingly little attention is paid to this aspect in academic or policy debates. If the EU’s contribution to international institutions actually helps attain the objective(s) for which these were designed is therefore often overlooked.

To examine the EU’s contribution to ecological effectiveness in global climate, biodiversity and Arctic policy, our chapter introduces four justice perspectives asking: what does the EU consider it owes to non-human nature? The answer options are: (i) ‘nothing’, which implies a complete disinterest in effectiveness (status quo environmental justice), (ii) its ‘sustainable management’ through institutional reforms (reformist justice), (iii) its full protection (transformational justice), and (iv) its equal treatment (ecological justice). Whereas reformist justice targets primarily institutional effectiveness, the latter two perspectives embrace the ambition of ecological effectiveness. Applying these ideal-types to the EU’s rhetoric and action across various environmental diplomacy domains, our chapter finds that the EU predominantly pursues a reformist justice approach: it tries to spur incremental change via institutional reforms. Yet, the hope that institutional reforms pave the way for ecological effectiveness is to date often unwarranted. As such, even the actor that is often regarded as the most progressive in global environmental protection efforts currently falls short when it comes to genuinely ensuring non-human nature protection.

With the European Green Deal initiative and its many different components, it appears as if the EU is now – at least rhetorically – making a commitment to transformational environmental justice and more attention to ecological effectiveness. However, for the time being concrete policy proposals such as the 2030 climate targets indicate that the EU may continue on the path of reformist justice rather than ensuring ecological effectiveness. As we move towards the next major UN summits on climate change (Glasgow, November 2021) and biodiversity (Kunming, China, May 2021), in which the EU hopes to play a key role, it will thus be important to continue to assess whether EU initiatives as part of the European Green Deal and its corresponding ‘Green Deal Diplomacy’ are indeed able contribute to better protecting non-human nature, thus shifting our focus from institutional to ecological effectiveness.