This is a call for applications. 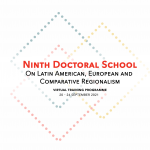