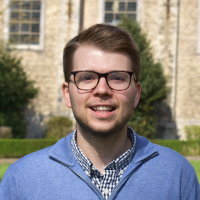 Filip Batselé is a Master graduate in International Law from the Fletcher School of Law and Diplomacy at Tufts University (Boston, Massachusetts, United States), where he specialised in international economic law. He had previously obtained both a Bachelor's and Master's Degree of Laws at Ghent University, and also did an Erasmus+ exchange at the University of Glasgow. Filip has previously done internships at several law firms, and was the research assistant of Professor Jeswald Salacuse during his year at Fletcher. In autumn 2018, Filip was a Blue Book Trainee at the European Commission, interning at DG Trade’s WTO Coordination, OECD, Export Credits and Dual Use unit, and where he focussed on WTO affairs.

At UNU-CRIS, Filip interned under the research programme “The Role of Regions in Global Governance” under the supervision of Madeleine Hosli until the end of June 2019.