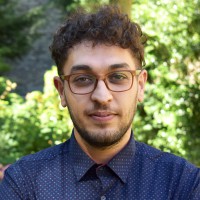 Fridon Lala graduated in Public Administration at the School of Public Policy - Central European University in Budapest. He is specialised in Governance, focussing on governance beyond the nation-state, and related changes to the structure of the global political economy. His research interest lies in the study of European and regional integration. Prior to joining UNU-CRIS, Fridon worked as a Graduate Research Assistant at Central European University.

Previously, he had worked for the Ministry of European Integration in Kosovo and served as a MP in the Kosovo Youth Parliament. He has also been engaged with international organisations such as the Organisation for Security and Cooperation in Europe (OSCE). At UNU-CRIS, Fridon worked in the programme “The Role of Regions in Global Governance”, under the supervision of Madeleine Hosli and Andrew Dunn. 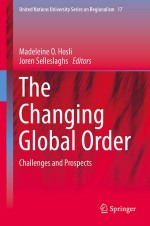 Africa in the Changing Global Order: Does African Agency Matter in Global Politics?