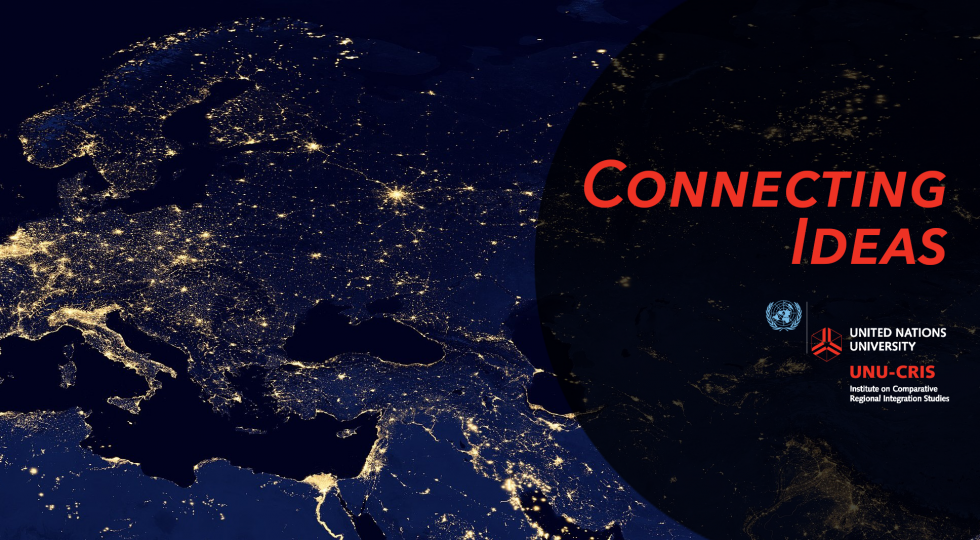 On 23 March 2020, nine Russian military planes travelled to Italy to bring medical military specialists and equipment, as the country led the fight against COVID-19 in Europe. The planes and the tracks had stickers with heart-shaped Russia’s and Italy’s flags and the motto “From Russia with love”. For some nostalgic spy film lovers, the expression will remind them of Sean Connery's second performance as MI6 agent James Bond, where Bond’s fight against SPECTRE involves a Soviet consulate clerk in Turkey. But there is definitely no spy intrigue in Russia’s aid package as Italian Premier Minister Giuseppe Conte put it during his communication to the Senate on 26 March, deeming it “unthinkable that our geopolitical position could be conditioned by coronavirus emergency aid”.

Russia’s support to the Italian healthcare system is the latest in a series of relief packages in the amidst of the COVID-19 crisis. On 18 March, European Commission President Ursula Von Der Leyen announced that China agreed to send an aid package to the EU, including masks and test kits, which would be fully delivered to Italy. Four days later, Cuba, another country with a long-established history of health interventions in high-risk contexts, sent 52 doctors and nurses to Italy. Doctors held the Cuban flag and wore surgical masks after their landing in Lombardy, Italy, where they will be operating in the coming weeks.

Altogether, this rise of health diplomacy prompts a few questions: Why do states engage in aid initiatives at times of global uncertainty and when COVID-19 is rapidly spreading across the whole world, including in the same ‘donor’ countries that are providing specialists and equipment? Also, can such initiatives open new channels for dialogue and create opportunities that go beyond relief and tackle other dossiers?

Modern international cooperation in the medical field dates as far back as 1859, when European powers gathered for the first time at the International Sanitary Conference to tackle common diseases such as the plague and yellow fever. From a focus on multilateral cooperation, the concept of global health diplomacy has also included states’ solo or coordinated initiatives aimed at preventing the spread of infectious diseases in third countries. As a rising subset of foreign policy, health diplomacy has been defined as a practice that meets the “dual goals” of improving both global health and international relations, particularly in conflict areas and resource-poor environments (see here).

In 2014, the Ebola epidemic that primarily affected West Africa showed health diplomacies at work. China sent medical experts and supplies to support the containment of the epidemic, while the Western response combined humanitarian aid, clinic support and human resources. As for Cuba, health-care professionals were sent to the centre of the epidemic, involving the three countries of Guinea, Liberia and Sierra Leone.

There is no doubt that relief operations in challenging days can have critical outcomes for both health and political objectives. Cuba offers perhaps the brightest example, since its efforts in the anti-Ebola contribution were deemed “impressive” by former US Secretary of State John Kerry. As a positive spill over, the declaration prompted President Castro to say that “Cuba is willing to work side by side with all nations, including the USA, in the fight against Ebola”. These declarations were released in 2014, at a time when countries had not yet restored normal diplomatic relations. Similar assessments have been shared on Brazil’s health diplomacy in Lula’s era, targeting primarily former Portuguese colonies and expanding the reach of its activities to such countries as Nigeria and Ghana. In exchange for support in awareness-raising and the production of drugs, Brazil gained diplomatic leverage in South-South cooperation and access to markets.

Positive outcomes in the field of health diplomacy should not overshadow the fact that disaster-related aid has not always led to significant breakthroughs in international relations. North Korea offers perhaps the clearest example, having been an aid recipient on many occasions since the early 1990s to face a number of natural disasters and the consistent decline of its public healthcare. For instance, in 2009, following North Korea’s declaration on the presence of nine cases of swine flu in the country, South Korea sent drugs to Pyongyang. Also, some American NGOs have witnessed constructive cooperation in North Korea in the medical field. However, while saving lives, aid relief has not changed North Korea’s political landscape or international behaviour.

These examples prompt a point often neglected in current debates: health aid should not be seen as either kind and spotless behaviour or, much worse, a Trojan horse of belligerent actors. Rather, at a time of global uncertainty, health diplomacy provides opportunities to build new narratives of friends and enemies, victims and persecutors, helpers and adversaries. There is no need that these narratives affect and shape policymakers’ views in a given country: public audiences are the target. Health diplomacy is not about turning national elites into associates, it is rather about winning hearts and minds of foreign audiences, similarly to what other subsets of foreign policy attempt to do through non-traditional diplomacy (i.e. public diplomacy, cultural diplomacy, or China’s much less known panda diplomacy).

In its statement of 24 March, the High Representative of the EU Josep Borrell highlighted the existence of a “global battle of narratives” and particularly “a struggle for influence through spinning and the politics of generosity”. The recognition of this factor suggests that the fight against the Coronavirus pandemic is not just about saving lives and economies but also about building post-COVID-19 narratives that are already being created and fuelled during the pandemic. These hegemonic narratives will attempt to silence others or deny their existence in order to legitimise particular efforts and secure the survival of a particular international system.

Of course, aid relief can save lives so international generosity should not be questioned and Bond-like plots avoided. But stickers, masks and tests are already shaping the unknown post-COVID-19 world. Let us bear it in mind when all this is be over.

Check out: Special section on Multi-level health governance and health diplomacy in Regions & Cohesion, 2019, 9(1) edited by Ana B. Amaya and Philippe De Lombaerde.