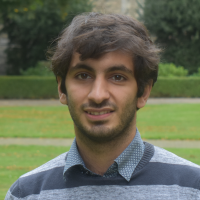 Huseyn Aliyev graduated from Vienna/Ghent Universities with a double MA Global Studies degree. Before that, he obtained a Bachelor's Degree from International Relations in his home country— Azerbaijan. He defended his master dissertation on “The Palestine Question under British eyes: People, Paradigms and Policymaking (1917-1939)” at Ghent University in August 2019. The research carried out for his master project provided a unique historical British perspective on the Zionist settler-colonial project within the global configurations of knowledge and power relations of the interwar years.

During his education years, Huseyn has been part of different summer schools, conferences, think tanks and internship programs in Azerbaijan, Georgia, Kosovo, Austria and Germany. His main interests include the Middle East region, the Israel-Palestine conflict, and Securitisation Theory.

At UNU-CRIS, he was part of The Role of Regions in the Global Governance research group. He studied the so-called Palestine question in the future security constellation of the Middle East. He worked under the supervision of Luc Soete and Andrew Dunn.