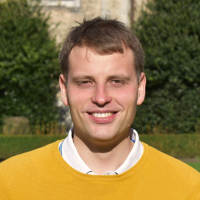 Ilya Ulyanov graduated from the Higher School of Economics, Moscow with a Master's Degree in Law of International trade, Finance and Economic integration. Currently, Ilya is continuing his studies at Sciences Po Paris Law School. Before that, he obtained a Bachelor's Degree from the University College London in Politics and East European Studies (Minor in Economics).

His previous research focussed on US-Russia relations, Sino-Russian relations, as well as the Eurasian Economic Union from a legal, economic and political perspective. During his internship at UNU-CRIS his interests revolved around WTO and EU law. Ilya did research in the field of WTO and EU law in the sphere of technical regulations, where the complexity of the interrelationship between voluntary and mandatory standards at national, international and European level are at interplay.

At UNU-CRIS, he took part of the Changing Patterns of Regional and Global Governance research group, focusing on the complex interaction between WTO, EU and national law in the field of technical regulation, and related topics, under the supervision of Philippe De Lombaerde.