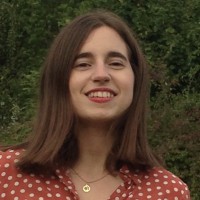 Inês Francisco graduated as a Master of European Policy at the University of Amsterdam, focussing on the Common European Asylum System (CEAS) and EU External Relations. She wrote her Master thesis regarding the concept of protection under the EU Emergency Trust Fund for Africa.

Alongside her studies, Inês has acquired extensive experience in research and project coordination. She has represented a previous internship project at the United Nations HQ in New York alongside her research supervisor and coordinated the Professional Development Programme for Gender Trainers offered by KIT Royal Tropical Institute - in partnership with the UN Women Training Centre, and the Bill and Melinda Gates Foundation.

During her three-month internship at UNU-CRIS, she worked under the supervision of Professor Ine Lietaert on a comparative research project on Return Counselling, analysing the implementation of pre-return counselling in different EU countries and contributed to a UNU-CRIS working paper.