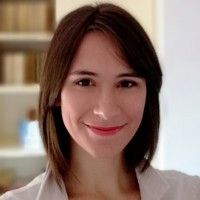 Irene Zanus Fortes graduated with honours from the University of Trento (Italy) with a master’s degree in European and International Studies. Prior to that, she obtained a Bachelor's Degree in Languages, Civilisation and the Science of Language (with a focus on International Politics) at the Ca’ Foscari University of Venice (Italy). Throughout her studies, she underwent academic and work experiences in the USA, France, Russia, and Serbia.

Irene’s fields of interest range from the patterns of political communication on social media, explored in her master's thesis on the phenomenon of post-truth and populism, to the practices, principles and ramifications of the EU Enlargement and Neighbourhood Policy, the proceedings of which she was able to witness first hand as an intern for the Italian Embassy in Belgrade, Serbia.

At UNU-CRIS, she contributed as a Communications Intern for a period of three months. She worked under the supervision of Andrew Dunn and Philippe De Lombaerde. Her tasks consisted of developing communications material for UNU-CRIS outputs and events, creating content for the UNU-CRIS social media accounts and managing its upload, liaising with UN in Brussels to amplify other outputs within the UN system, and liaising with the wider UNU community to amplify other outputs within the UNU system.