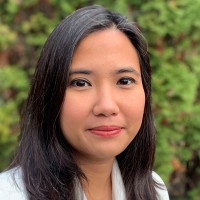 Jamie Pring is an Associate Research Fellow at UNU-CRIS and a lecturer at the University of Basel. Her research and teaching focus on peace and security policies of regional intergovernmental organisations in the Global South. Before her current roles, she was a post-doctoral researcher at the Freie Universität Berlin. Supported by the Swiss National Science Foundation, she conducted a comparative study of the conflict prevention policies of major regional organisations in Africa, Asia-Pacific, and South America. Her PhD in Political Science at the University of Basel examines the promotion of inclusivity in the mediation process of the Intergovernmental Authority on Development (IGAD) in South Sudan.

As an Associate Research Fellow, Jamie aims to analyse the fragmentation among conflict early warning mechanisms in Africa and examine South-South cooperation among regional organisations. She will also contribute to UNU-CRIS research and training, such as the Research Seminar series and the Doctoral School on Latin American, European and Comparative Regionalism. She will be part of the Regions and Cities Governance Lab (Re-LAB) Cluster.

Jamie has worked in government and non-government organisations engaging in policy and research on regional peace and security. She was a PhD researcher and programme officer at swisspeace, where she supported swisspeace' work in the Horn of Africa and published policy reports and practitioners' guides. She obtained her Masters' degree at the Geneva Graduate Institute and worked in Geneva-based think tanks in facilitating donor coordination in humanitarian demining, briefing and training policy officials on regional security developments, and evaluating peacebuilding and demining projects. Before arriving in Switzerland, Jamie served at the Philippine Department of National Defense. She was the focal staff for the Philippines' defense relations with the United States and the country's participation in the ASEAN Defence Ministers' Meetings. She obtained her Bachelor's degree in Political Science at the University of the Philippines in Diliman.