Dr Jed Odermatt is a Lecturer at the City Law School, City, University of London and a member of the Institute for the Study of European Law (ISEL) and International Law and Affairs Group (ILAG).

Dr Odermatt’s research interests include public international law, the law of international organizations, and EU external relations law. He has particular expertise in the interaction between the EU and international legal orders. His current research focuses on the law and practice of international courts, in particular the Court of Justice of the European Union. He is the editor of the 'Research Handbook on the EU's Engagement with International Organizations' (with R.A. Wessel), which will be published in 2019. 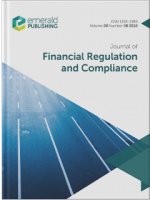