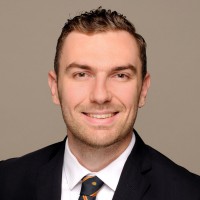 Jonathan Brosseau was a Visiting Research Fellow at UNU-CRIS. He is a PhD Candidate at Université Paris 1 Panthéon-Sorbonne. He is a graduate of the B.C.L./LL.B. Honours programme at McGill University and the LL.M. programme at the University of Cambridge.

A member of the Quebec Bar, Jonathan was an Associate in the International Arbitration Group of Freshfields Bruckhaus Deringer. He undertook his professional training at the International Court of Justice, United Nations Development Programme, and Canada’s Ministry of Foreign Affairs.

Jonathan has authored or co-authored a dozen scholarly publications on international dispute settlement. During his period at UNU-CRIS, he drafted a policy paper on “How can the World Bank’s Dispute Resolution Services Benefit Affected Populations and Borrowing States?" under the supervision of Philippe De Lombaerde.