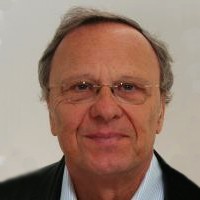 Karel Van Hoestenberghe was an Associate Research Fellow at UNU-CRIS until the end of December 2016.

He holds a Doctorate in law and a Master’s degree in economics at KU Leuven University. His research interests include: international trade policy, regional integration, and socio-economic development.

Presently, Karel van Hoestenberghe lectures in economic development and corporate governance at Kofi Annan Business School in Utrecht, the Netherlands, where he draws on his experience in development work in West, East and Southern Africa. He lived in and worked several years as trade and integration advisor at ECOWAS in Abuja, Nigeria, and as trade policy advisor at the Ministry of Industry, Trade and Marketing in Dar Es Salaam, Tanzania. Furthermore he was team leader for the evaluation of the Cross-Border Initiative in Southern and Eastern Africa, for the mid-term evaluation of the Rule of Law and Improvement of Justice Program in Malawi and the TradeCom facility. He contributed to the corporate governance manuals of Ghana, Zimbabwe and Uganda.

As Associate Research Fellow at UNU-CRIS he co-authored reports on the development aspects of economic partnership agreements, and on the social dimension of regional integration in West and Southern Africa. 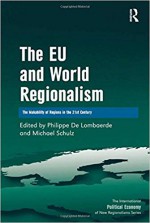 The Making of the East African Community: A Case Study 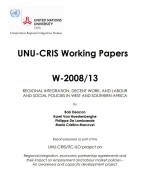 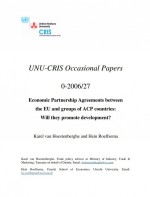 Economic Partnership Agreements between the EU and Groups of ACP Countries: Will They Promote ...