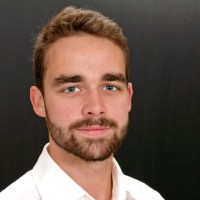 Kevin Le Merle completed a Joint Honours degree in English Literature and Politics at University of Glasgow while simultaneously graduating from a Philosophy degree at Université Paris Nanterre. Recently, he graduated from the College of Europe with a Masters of European Interdisciplinary Studies. There he was able to combine his interests by focusing on the intersection between climate ethics (moral philosophy) and pragmatic policy measures.

This led him to work on several reports at the Cambridge Institute of Sustainability Leadership, and the Fit for 55 policy package at the European Parliament. Kevin is also the founder of Lingua Natolina, a multilingual publication in over 10 languages which publishes academic & journalistic articles, as well as creative writing and art.

During his three-month internship at UNU-CRIS, Kevin worked under the supervision of Philippe De Lombaerde to produce a working paper on the ethical implications of carbon border adjustment mechanisms. 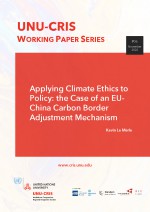