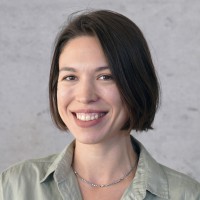 Leiza Brumat is an Associate Research Fellow at UNU-CRIS and a Senior Research Fellow at Eurac Research (Bolzano/Bozen, Italy). She is an International Relations analyst who holds a PhD from Flacso-Argentina. Her main areas of research are regional migration governance with a particular focus on South America. Her work seeks to unfold the international, regional and national factors influencing the making and implementation of regional policies.

Leiza is currently collaborating with UNU-CRIS researchers to develop a special issue on ‘the ‘making’ of Regions, focusing on regional policymaking and implementation. This collaboration feeds from her ongoing project ‘Policy Implementation in Global South Regionalism: Multilevel Migration Governance in South America (POLIM)’, funded by the mobility programme of the Province of Bolzano/Bozen. Leiza will be part of the Migration and Social Policy cluster.

Previously, Leiza held academic positions at the Migration Policy Centre of the European University Institute, at the National Council of Scientific and Technical Research (CONICET) of Argentina, and was a lecturer at UADE and Universidad de San Andrés (Argentina). In addition to her scientific work, Leiza is actively involved in exchanges with policymakers, has provided advice and taught courses for policymakers for the governments of several South American countries and multilateral and regional organisations including Mercosur, the European Commission and the International Organization for Migration (IOM). She frequently writes blog posts for Latin American and European institutions and Op-Eds for some of the main Latin American newspapers including Clarín and Folha di Sao Paulo.