Lorenzo Terrière is a PhD candidate and teaching assistant at Ghent University since 2017. He holds Masters’ degrees in EU-Studies, Business Economics and European & International Law. In 2011, he also obtained the Cambridge CPE at St. John’s University (NYC). Before returning to Ghent University, Lorenzo worked as a policy advisor in Belgian parliament and the national government. His doctoral research is focussed on how (regionalist) parties deal with the strategic issue of government participation. Party change is investigated both at the regional and national level of government here. 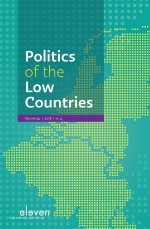 Caretaker Cabinets in Belgium: A New Measurement and Typology