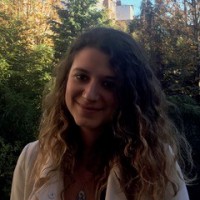 Louise Amoris is a PhD Fellow at UNU-CRIS with UNU-CRIS label. Affiliated to the Centre of EU Studies at Ghent University, she is examining under which conditions the two competing regional projects – the Eastern Partnership developed by the EU, and the Eurasian Economic Union promoted by Russia – could evolve towards a state of peaceful coexistence and even cooperation in the post-Soviet space, in a world order shifting from the hegemony of the Western liberal order towards a multi-order system. She is basing her work on three case studies, which represent different outcomes of the regional competition in the shared neighbourhood between the EU and Russia: Ukraine, Belarus and Armenia. She is supervised by Professor Dr. Fabienne Bossuyt (Ghent University), Dr. Olga Burlyuk (Ghent University) and Professor Dr. Laure Delcour (Université Paris III – Sorbonne-Nouvelle).

Louise holds a Master’s Degree in International Relations, specialised in Russia and Eastern Europe from the National Institute for Eastern Languages and Civilizations (INALCO) in France. She spent several months at the Pushkin Institute in Moscow, which is Russia’s leading teaching and research centre for the Russian language, culture and literature. She worked in several European associations, first as an intern and then as a project coordinator. On a voluntary basis, she is also Co-President of EuroCité, a think tank advocating for a more integrated and democratic European Union.