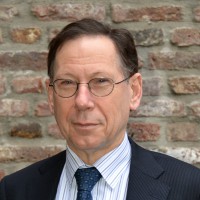 Economics of Knowledge and Innovation
Migration and Development

After having obtained his economics degree from Ghent University, he started as a research assistant at the Centre for Development Studies at the University of Antwerp. Subsequently, he obtained a British Council fellowship and did a doctorate in economics at the University of Sussex. He then embarked on a research career in Britain, first at the Institute of Development Studies and later on at the Science Policy Research Unit both at the University of Sussex. In 1986 he was appointed professor of International Economic Relations at the Maastricht University School of Business and Economics, where he established the Maastricht Economic Research Institute on Innovation and Technology (MERIT), which became part of United Nations University in 2005.

He was director of UNU-MERIT from 2005 until 2012. He became Rector Magnificus of Maastricht University from September 2012 to September 2016.

Luc Soete has been Chairman of the Research, Innovation, and Science Policy Expert (RISE) High-Level Group for Commissioner Carlos Moedas from 2013 till 2017 and of the Economic and Social Impact of Research (RISE) Expert Group for the European Commission from 2017 till the end of 2018. Over the last two years, he was also the coordinator of the so-called “Tour d’Europe”, an initiative of the Directorate for Research and Innovation of the European Commission.

Currently, Professor Soete is Honorary Professor of International Economic Relations at Maastricht University and vice-president of the supervisory board of the Technical University of Delft. 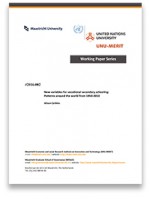 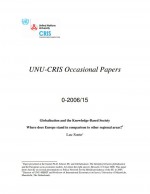 Globalisation and the Knowledge-Based Society: Where does Europe Stand in Comparison to Other ...