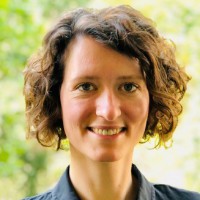 Mariel Reis was a Visiting Research Fellow at UNU-CRIS during the month of September 2022. She is a Postdoctoral Researcher at the Center for Conflict Studies at the Philipps-University Marburg. Here she leads the project „LGBTIQ+ Rights in Multilevel Governance Systems“ which examines the negotiation of human rights of LGBTIQ+ persons on the national levels (South Africa, Botswana) and the regional level (Southern African Development Community, SADC) by state and non-state actors. She also works in the Regional Research Center "Transformations of Political Violence“ where she conducts research on the complex relationship between changing patterns of interpretation and justification of political violence against LGBTIQ+ persons.

At UNU-CRIS, Mariel presented her new book Constructing the East African Community. Diffusion from African and European Regional Organisations and pursued writing projects focussed on multilateralism in the Global South - with an emphasis on eastern and southern Africa - as well as the implications of the Covid-19 Pandemic for the East African Community. During her time at UNU-CRIS, she was affiliated with the Regions and Cities Governance Lab.