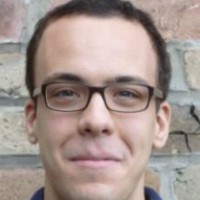 Matteo completed his Bachelor’s Degree at Bocconi University in Economics and successfully attended a summer course in international relations at SOAS in London. He was looking into enrolling in a Master’s course in International Relations.

He is specialised in development and political economics, competences that he has combined with a strong passion for 20th century history.

At UNU-CRIS Matteo worked under the supervision of Philippe de Lombaerde until June 2013. He was involved in the development of the RIKS-portal.