Dr. Kettemann studied law in Graz and Geneva and was Fulbright and Boas Scholar at Harvard Law School (LL.M. 2010). In 2012 he received his doctorate at Karl-Franzens-University Graz for a thesis on the future of the individual in international law. From 2006 to 2013 he was lecturer at the Institute for International Law and International Relations of the University of Graz, where he continues to hold courses. Since October 2013, he has conducted research as post-doctoral fellow at the Cluster of Excellence “The Formation of Normative Orders” at the University of Frankfurt.

Dr. Kettemann is head of the research programme ” Regulatory Structures and the Emergence of Rules in Online Spaces” at the Leibniz Institute for Media Research │ Hans-Bredow-Institut (HBI). He leads a team of doctoral and postdoctoral researchers who investigate the rules under which new forms and practices of communication are realized in digital communication spaces, and especially in social networks. Dr. Kettemann previously led the projects “Crisis of Normativity and Normativity of the Crisis in the Internet” and “The Normative Order of the Internet” at the Cluster of Excellence “The Emergence of Normative Orders” at Goethe University Frankfurt am Main. He was a member of the directorate of the Cluster of Excellence, Convenor of the Frankfurt Colloquium for Internet Research, Co-Convenor of the “Norms, Plurality, Critique, Postdoctoral Dialogue Series” and founder and co-lead of the Research Focus “Internet and Society”. 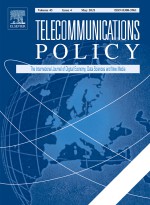