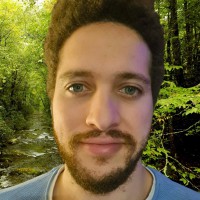 Maurice Pascal Nzumbu lo Ambetima is a PhD candidate in Public, Comparative and International Law with a major in International Order and Human Rights at La Sapienza University of Rome, where he works under the supervision of Professor Francesco Battaglia.

He holds a Bachelor’s degree in Political Science from LUISS Guido Carli (2016) and a double Master’s degree in International Relations from Université Libre de Bruxelles and LUISS Guido Carli (2018). His master's thesis, concerning the World Bank Inspection Panel, is the result of a visiting studentship at Georgetown University in Washington D.C.

The title of his doctoral thesis is “Genesis, evolution and prospects of the partnership between the European Union and the African, Caribbean and Pacific States (ACPS)”. In the last few months, he was visiting researcher at the Institute for European Studies of the Université Libre de Bruxelles, where he investigated the postcolonial relationships between the European Economic Community and the ACP States.

During his stay as a visiting researcher at UNU-CRIS, Maurice Pascal’s research will focus on the Economic Partnership Agreements concluded between the European Union and its member states, on the one hand, and the ACP States, on the other hand. The research is very timely given the negotiation context.