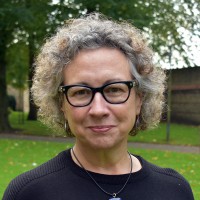 Until 20 October 2017, she was a visiting researcher at UNU-CRIS researching strategic communication and positioning in science diplomacy with Professor Luk van Langenhove. She had been working with ‘positioning theory’ since 2009, especially in its application to strategic communication and primarily researches, publishes and supervises research in this area. Her academic book (Routledge, 2014), Positioning Theory and Strategic Communications: A new approach to public relations research and practice, was well reviewed. She is the editor of the Asia Pacific Public Relations Journal. Having been awarded the National Educator of the Year Award 2015 by the Public Relations Institute of Australia, Melanie continues to pursue innovation in teaching, leading the team that designed the Edx MOOC (Massive Open Online Course) on Natural History Illustration that in 2017 was named in the Edx top ten globally.