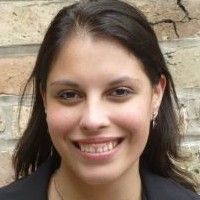 Melina completed her Bachelor of Arts in Politics at Princeton University in 2011. She also earned a certificate in Hellenic Studies. In the course of her undergraduate education, she wrote two Major research papers and a thesis. The first piece focussed on the mechanisms through which the instruments of the Inter-American Human Rights System promoted human right regime compliance in Argentina and Chile prior to democratisation. The second piece explored the role of Inter-State Complaints before the European Court of Human Rights in the Cyprus conflict. Melina’s senior thesis construed the progression of the Cyprus crises leading up to the Turkish invasion as a series of bargaining failures, and examined in-depth the role of third-party guarantors of inter-communal peace. During her senior year and after graduation, Melina interned with Innovations for Successful Societies (ISS), a Princeton research centre that documents institutional reform in fragile states.

During her internship, she was a Master’s candidate in international security at Sciences Po in Paris. Her concentrations are Human Rights and Humanitarian Action, and Middle East Studies. Her research interests include crisis diplomacy, peace operations, security sector reform, transitional justice and, broadly, international humanitarian law.

At UNU-CRIS, Melina provided support to the Regional Peace and Security Research Programme and worked under the supervision of Professor Ademola Abass until September 2012.