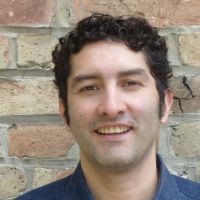 He was, at the time, a full-time lecturer and a researcher at Universidad Del Norte (Barranquilla, Colombia). Previous positions include lecturing and research at Escuela Colombiana de Ingeniería, Universidad Nacional and Corporación Mision Siglo XXI. Nestor has been awarded the Latin-American Fellowship from The Lincoln Institute of Land Policy (Cambridge, MA) and has been a reader at events from this institution in several Latin-American countries and the World Bank in Washington D.C.

His academic publications and presentations are focussed in the areas of Urban Economics, particularly Land Markets regulation and taxes. He also has lectured and published on Regional Economics, Economic Development and Industrial Policy.

His research activities are about economic approaches to the phenomenon of skyscraper building in the Latin-American region in relation to globalisation and regional integration. At UNU-CRIS, Nestor Garza worked under the close supervision of Philippe De Lombaerde for a period of four months.