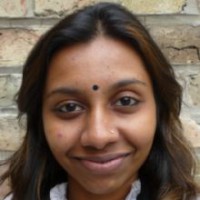 Nishalini Nair obtained her Bachelor’s Degree in Language & Linguistics with a major in English from the University of Malaya in Malaysia. During her internship, she was pursuing her postgraduate studies in International Masters in Regional Integration at the Asia-Europe Institute, University of Malaya.

Nisha has served as a Liaison officer for Ms. Evelyn Mungai, a delegate from Kenya during the 6th World Islamic Economic Forum (WIEF) which was held in Kuala Lumpur, Malaysia in 2010. She has also worked as a Research Assistant and has performed language related tasks such as transcribing data, proof reading and editing. Nisha speaks fluent English, Tamil (mother tongue), Malay (national language) and a little Hindi.

During her internship at UNU-CRIS, Nisha was involed in the research of analysing the role of China & Japan in South East Asian regionalism under the supervision of Philippe De Lombaerde until 16 June 2011. 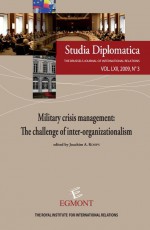 The Changing Roles of Japan and China towards ASEAN's Economy. Beyond the Flying-geese Model?