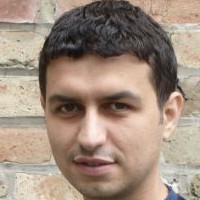 Nizami completed his MA in European Economic Integration and Business at the College of Europe in Bruges. His thesis topic was Import of Raw Tobacco to the EU-27, using the Gravity Model.

At UNU-CRIS he worked on the Regional Agency Database, which is a project that aims at gathering all possible financial and budgetary information of regional agencies around the world. His research interest also includes comparative regional integration of ASEAN and ACP countries.

Nizami worked under the supervision of Philippe De Lombaerde until September 2012.