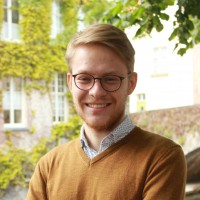 Patrik Plavec graduated with a master’s degree in EU International Relations and Diplomacy Studies from the College of Europe in June 2020. His master’s thesis explored the conditions under which the European Union externalises its competition law and policy by examining the EU’s bilateral and multilateral engagement. His thesis was awarded the United Nations University – CRIS Prize for the Best Thesis on the EU and Global Governance. Previously, he read for an undergraduate degree in Philosophy, Politics and Economics at the University of Oxford, specialising in politics, economics, and comparative political economy.

Patrik has previously undertaken internships at the Ministry of Foreign Affairs of the Czech Republic, at the Czech Ministry of Industry and Trade, and in the office of a MEP. Patrik also represented the Czech Republic and its youth on the floor of the UN General Assembly as a Czech UN Youth Delegate for the 73rd Session of the UN General Assembly, focusing on the topic of youth participation in decision-making.

At UNU-CRIS, Patrik focussed on the external dimensions of EU internal policy under the supervision of Philippe De Lombaerde, Director ad Interim, until December 2020. 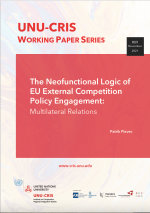 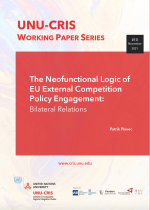 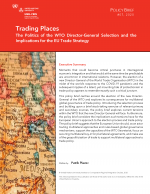 Trading Places: The Politics of the WTO Director-General Selection and the Implications for ...